Commandants of the Gross Rosen camp 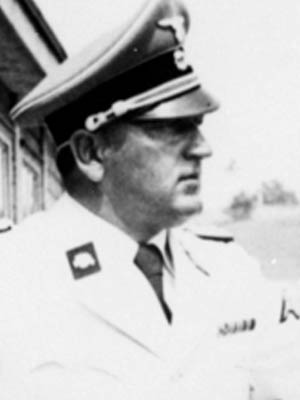 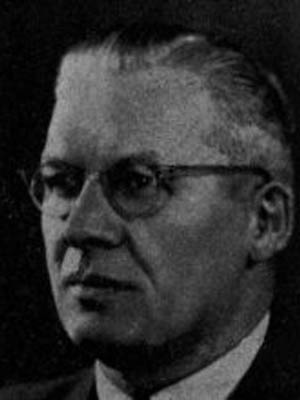 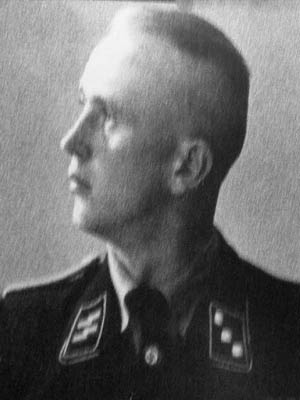 From August 1940, at first the camp was a branch of KL Sachsenhausen, and then, on May 1, 1941, Arbeitslager Gross-Rosen obtained the status of an independent concentration camp. About 125,000 prisoners passed through the camp in 5 years, of whom 40,000 are estimated to have died. Depending on the classification, the camp had about 120 sub-camps. A large quarry operated at the camp, in which prisoners worked in inhuman conditions. The average life expectancy of a prisoner sent to work in a quarry was 5 weeks.

On May 1, 1941, Arbeitslager Gross-Rosen obtained the status of an independent concentration camp and was thus included in the execution of the criminal extermination undertakings of the Third Reich, as exemplified by participation in the liquidation of Soviet prisoners of war groups selected in the Lower Silesian camps - "scum, Poles, clergy and Jews, and enemies of the Third Reich. " All these people were sent to KL Gross-Rosen. In addition to the group of prisoners mentioned above, prisoners from other concentration camps, such as Sachsenhausen, Buchenwald, and Dachau, were also sent to the camp. From autumn 1941, Soviet prisoners of war from Stalag 318 Lamsdorf (prisoner-of-war camp in Łambinowice, currently in the Opole Voivodeship) were also detained.

From 1942, prisoners from the General Government and the Reichsgau Wartheland were also directed here. The camp was still expanded. In addition to the quarry, prisoners worked, among others, in barracks where Siemens und Halske and Blaupunkt had workshops. In 1942, all Jews were taken to Auschwitz from Gross-Rosen. There, most of them died in gas chambers. A field crematorium was also built, which allowed to get rid of bodies in the open air by a specially designated group of prisoners. Later, a brick crematorium was built, with three furnaces for burning corpses. In the immediate vicinity, a place of execution was created, where executions were carried out by shooting. Prisoners of the camp and prisoners of war, Wehrmacht deserters and civilians were shot.

Executions also took place in the roll-call square, where the gallows was located. Public executions of would-be refugees or prisoners who violated the camp regulations were held. In addition to the convicted person, two other prisoners who were executioners, who came from the same city or region, participated in the execution. For execution, they received three cigarettes from SS men. The roll-call square also served as a football field, as there was a football league in the camp. Depending on the season, four to even ten teams could compete in it. Unfortunately, when it comes to knowledge, we rely on prisoners' notes, which are quite chaotic, sometimes divergent. There were about a hundred players in Gross-Rosen. Mostly Poles, Germans, Czechs, Hungarians and Russians played.

From autumn 1943 to February 1945, "educational labor camp" was active in the area of ​​KL Gross-Rosen as an institution of the Wrocław Gestapo. Mainly young Poles were directed there, for various offenses, for re-education through labor. Prisoners of this faculty were imprisoned in Block 22. In less than 2 years, the Gestapo sent about 4,200 prisoners there.

There were also two "secret barracks" in the camp, where research was carried out on the remains of American aircraft. Only selected people could enter the facility, including SS-men, who had to have a special pass to this part of the camp.

In 1943, the camp was expanded with new barracks, which differed from the rest of the residential barracks because they consisted of a brick and wooden basement intended for 600 people, as well as a ground floor. Initially, new arrivals were quarantined in these rooms, the so-called Zugangs. These barracks were later called the "French Bloc" as in October 1944 transports from France and Belgium began to arrive in KL Gross-Rosen, and were imprisoned in this block. In the basement, preserved until today, there is a reconstructed prison cell. These prisoners were sent to the camp as part of the "Nacht und Nebel" campaign ("Night and Fog").

In the second half of 1944, new barracks were erected in the immediate vicinity of the camp, on lands purchased from the local church. The so-called "Oświęcim camp" was never completed. Of the thirty barracks planned, until the end of KL Gross-Rosen, a foundation of 20 was built. During this period, insurgents from the Warsaw Uprising began to reach KL Gross-Rosen. At the end of 1944, Gross-Rosen became one of the main "stops" for prisoners from the evacuated camps which were situated east of KL Gross-Rosen. At the turn of 1944 and 1945, prisoners evacuated from various camps were placed there, e.g. Auschwitz, Płaszów, Majdanek.

In February 1945, due to the approaching Eastern front, a decision was made to evacuate the camp. The prisoners gathered at a nearby railway station were loaded into wagons. Mostly they were roofless wagons, which were used for coal and rock blocks transport from nearby quarries. Transports were directed deep into the Reich. During the several-day journey, prisoners had to survive at -20 degrees, without food and drink, without warm clothing, died of exhaustion, hunger and cold. During the evacuation operation, several thousand prisoners were killed and it was one of the most tragic periods of the camp's activity. At the turn of February 13 and 14, the Red Army entered the practically abandoned camp, liberating it from German terror.

Although there was no gas chamber in Gross-Rosen, about 40,000 people died there because of exhausting work, diseases, exhaustion, starvation, public executions, phenol injections, dog bites, and executions from the so-called "death bench", which still stands under the tree next to the crematorium. Prisoners were murdered for disobeying the regulations even slightly.

After the war, for about 2 years, a secret NKVD prison operated in KL Gross-Rosen. This greatly hindered the preservation of archives and material remains of the former German Nazi camp. For this reason, despite many attempts made by prisoners, it was not possible to create a museum, which was only established in 1983. Two buildings, as well as some secondary ruins and barrack foundations, have survived until today. 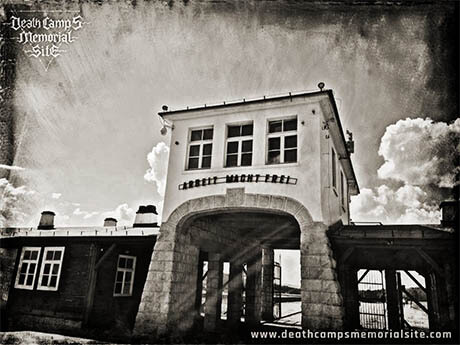