* - The number of prisoners and victims is difficult to estimate, because in the first period no records of prisoners and victims were kept. Some people were killed as soon as they arrived at the camp. According to various estimates, throughout the camp's operation, over 30,000 people were imprisoned, and the number of victims of various nationalities, Poles, Roma, Hungarians, and Jews murdered in the camp is estimated at about 5,000 to 8,000. There are also countless people who died in the pacifications of the ghettos and those who were deported to Auschwitz or Stutthof, where almost all of them died.

Commandants of the Plaszow camp

The camp was founded, among others, due to the fact that up to 68 thousand Jews lived in Kraków before the war. Repression of the Polish and Jewish population began as early as September 1939.

In 1940, 32,000 Jews were displaced from Kraków and a ghetto in Podgórze was created in March 1941 for the remaining population. There were inhuman conditions and hunger. Diseases were rampant and the rooms were overcrowded.

The first camp barracks were built at the Jewish cemetery in Podgórze and Wola Duchacka, where before the war two Jewish cemeteries stretched out (Abrahama and Jerozolimska streets). The destroyed tombstones were used to build roads and foundations for barracks, among others.

In the first period, the camp covered an area of ​​about five hectares. Dozens of different buildings and a railway siding were built. The whole camp was surrounded by live fences and watchtowers. The prisoners did various jobs in the commandos, and some of them worked in factories outside the camp. One of the most famous was the Oskar Schindler Factory. Its story was described in the novel "Schindler's List", based on which a film was made in 1993. The grounds of the former camp served as a film set.

The first commander of the camp was Horst Pilarzik, the terror of the Krakow ghetto, replaced by Franz Josef Müller.

On February 11, 1943, Camp Commandant Amon Göth was appointed. He showed incredible cruelty, spreading fear among prisoners and even among his subordinates. It is estimated that he was directly responsible for the murder of about 500 people that he shot or tortured to death.

On March 13, 1943 Göth proceeded with the final liquidation of the ghetto in Krakow, where the Jews were divided into two groups: A and B. Group A was a selected group of healthy people, able to work, while Group B was made up of children, the elderly, the sick, who were of no value as workers. They were condemned in advance (still in the ghetto) or deported to Auschwitz Birkenau. The number of casualties is estimated at around 2,000, while 10,000 people able to work were placed in Płaszów.

In July 1943, the Germans created a correctional labor camp for Poles. Inhabitants of Kraków and victims of the pacification of Kraków's suburbs were detained there.

On September 2, 1943, the Tarnów ghetto was liquidated, where, just like in Kraków, people who were unfit for work were murdered, and the others were deported to the Płaszów camp.

There was also 2 quarries within the camp, where prisoners worked in inhuman conditions. Many died during accidents at work or were tortured by SS-men.

From January 1944, Płaszów was transformed into a concentration camp. Residents of other ghettos from Poland, as well as Poles suspected of participating in the resistance movement and other people hostile to the Third Reich, as well as prisoners, including from the Gestapo Krakow Montelupich prison, began to be transported there.

Most of them were executed, shot or "burned alive" in places of execution near the borders of the old Jewish cemetery, on the so-called Hujowa Górka and in Cipowy-Dołek, where the Monument to the Victims of Fascism is currently located in Krakow. Construction of gas chambers and crematoria was planned in the camp, but they were never completed.

On May 7, 1944, the so-called "health roll-call" took place, carried out by the camp doctors supervised by Dr. Max Blancke, who had previously served as a doctor at the Majdanek camp. It resulted in the selection of about 1,500 prisoners who were deported to Auschwitz Birkenau on May 14. There is no record in the archives of the Auschwitz camp about the arrival of the transport from Płaszów, most likely the deported prisoners were directed straight to the gas chambers.

On the morning of May 14, trucks arrived at the camp in Płaszów on which about 300 children were loaded. They were also taken away and murdered in the Auschwitz extermination camp. All this happened in front of the parents who were gathered on the roll call square. As the children were leaving the camp, the well-known song "Mutti kauf mir ein Pferdchen" ("Mummy, buy me a horse") was playing over the loudspeakers.

Plaszow was also a transit camp for Jews from Hungary, who were then directed to Auschwitz Birkenau and Stutthoff, where gas chambers still operated.

On August 6, following the outbreak of the Warsaw Uprising, round-ups were organized in the streets. A large number of Poles were imprisoned in the camp because of the fear of outbreak of the uprising in Krakow.

In September 1944, the camp was liquidated. Exhumation of the corpses of the victims was ordered, after which about 6,000 excavated bodies were burned. At the same time, mass deportations of prisoners to the aforementioned camps began.

Around 24,000 prisoners stayed in the camp at that time, imprisoned in inhuman conditions.

On September 13, 1944, Amon Göth was arrested by the SS and imprisoned in Stadelheim in Munich. He could not explain the origin of the 80,000 marks that were found in his apartment in Vienna.

From September 1944, the camp commandant was Kurt Schupke, who performed his duties until the evacuation of the camp.

On January 14, 1945, the final liquidation of the Nazi German concentration camp Plaszow took place. On a frosty January day, a group of over 600 of the last prisoners (including about 150 women) marched towards the Auschwitz camp under SS escort.

During the evacuation, some of the prisoners were killed by SS men or died of starvation, exhaustion or frost. A few people managed to escape. The Death March from Plaszow to Auschwitz lasted three days.

A few days later, the Red Army entered the camp and adapted it, among others, as an ammunition magazine.

On August 27, 1946, the trial of Amon Göth, one of the worst Nazi criminals, SS officer, commander of the concentration camp in Płaszów near Krakow and liquidator of the ghettos in Krakow and Tarnów began before the Supreme National Tribunal in Krakow. The trial took place from August 27 to September 5, 1946. Göth was sentenced to death by hanging. The sentence was carried out on September 13, 1946 in the Krakow prison on Montelupich Street. Only the third attempted execution ended in Göth's death (the length of the rope was incorrectly calculated during the first two). Apparently, his last words before the execution were "Heil Hitler".

I have outlined the history of the camp here. Other stories - prisoners, torturers, important places and events - will be successively added. 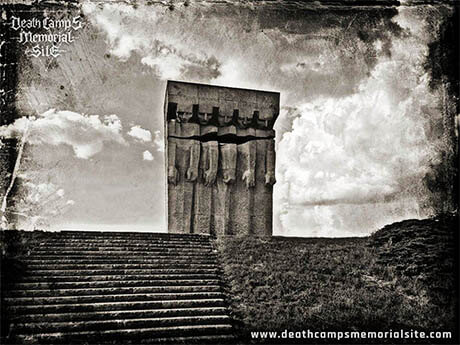