The complex of German forced labor camps in Pustków

In the years 1940-1944, in the small town of Pustków (now located in the Podkarpackie Province, in the Dębica commune / Poland - in 1940 occupied by Nazi Germany), there was a complex of German POW camps and forced labor camps. Within 4 years, a minimum of 15,000 prisoners of various nationalities died there. These camps played a double role: the use of slave labor and extermination, in accordance with the principle of "Vernichtung durch Arbeit" - that is, destruction through labor. The location of these camps was not accidental. Their prisoners, in inhumane conditions, worked mainly on the construction of the SS Truppenϋbungsplatz Heidelager training ground, where, among others, V1 and V2 rockets were tested.

The first camp was the camp for Jews which existed in the years 1940-1944. Tens of thousands of prisoners of Jewish nationality were imprisoned there. Based on estimated data, approximately 7,000-7,500 of them died. The remaining prisoners were transferred to other concentration and forced labor camps.

The second camp was the German camp for Soviet prisoners of war, opened in the fall of 1941, which was located at the foot of the "Queen Mountain", now known as the "Mountain of Death". On October 8, the first transport, consisting of about 3,000 Soviet prisoners of war, arrived at the camp. The sanitary, living and nutritional conditions in the camp were terrible. In just 4 months, i.e. until February 1942, an estimated number of 5,000 Soviet prisoners of war lost their lives. There were also cases of cannibalism caused by starvation in the camp. Due to the high mortality rate of prisoners and the outbreak of typhus and dysentery epidemics, a morgue and a field crematorium were built on the "Mount of Death", where the bodies of deceased prisoners were burnt.

The third camp was the forced labor camp for Poles which operated from September 1942 to July 1944. Polish prisoners, like prisoners of Jewish nationality and Soviet prisoners of war, worked on the construction of infrastructure in the training ground. Men, women and children from virtually the entire territory of the General Government were sent to the camp. It is estimated that about 2,500-3,000 Poles died in the camp.

In January 1943, the concentration camp inspector, Richard Glücks, gave the camp commanders an order aimed at reducing the death rate and keeping the workforce at a constant level, as a result of which the conditions in the camps for Jews and Poles slightly improved. However, this did not change the attitude of the guards or prisoner functionaries. Violence, punishments, beatings, mental and physical abuse were daily bread for the prisoners. The sick and unable to work were killed with an injection of gasoline into the heart. The cause of death was the aforementioned devastating work, and there were also executions of prisoners by shooting.

The camp was finally liquidated on July 27, 1944, and the surviving prisoners were evacuated, among others to the camps in Sachsenhausen, Ravensbruck and Oranienburg.

A person surely worth mentioning while discussing the history of Pustków camps is Duchess Helena Jabłonowska, who, together with the Polish Welfare Committee, organized help for the prisoners of the camp by donating, among others, food parcels. Duchess Jabłonowska herself tried to influence the commandants of the training ground, with an emphasis on improving the conditions and treatment of the prisoners detained there. Thanks to organized help and her commitment, prisoners called Helena Jabłonowska "Our Mother."

The camp at the SS-Truppenübungsplatz Heidelager training ground did not have the status of a concentration camp, being a prisoner-of-war and forced labor camp, where at least 15,000 people died in the years 1940-1944.

From August 1944, after the camp was occupied by the troops of the 1st Ukrainian Front, the Soviets established a prisoner-of-war camp for Germans, Silesians and Kashubians there. About 3,000 of the 15,000 inmates lost their lives.

The above article aims to clarify the general outline and characteristics of the Pustkow camp. Over time, the description will be successively expanded. 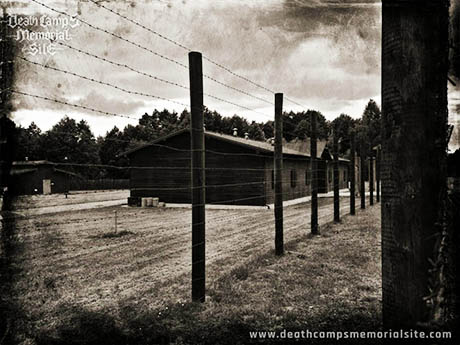 In 2012, the Historical and Educational Exposition was established at the Mountain of Death, which presents the history and operation of forced labor camps and the SS Truppenϋbungsplatz Heidelager training ground. There are reconstructed barracks, a fence and guard towers. On the Mountain of Death, a morgue has been preserved to this day, and the place where the field crematorium was located was commemorated. At the top, there are also mass graves and monuments in memory of the victims and prisoners who died in German camps in Pustków. The exhibition is located directly on the A4 motorway between Krakow and Rzeszów.