* - "Information widely accepted in the public opinion about 170 000 - 180 000 victims murdered in Sobibór (according to Robert Kuwałek). The original number of victims - 250 000 by judge Łukaszewicz as early as 1947 - was an important reference point for further research, but, unfortunately, there is no information about sources used by Łukaszewicz , and the definition of respect he used in relation to the number of those deported to Sobibór may raise many doubts.

Commandants of the Sobocor extermination camp 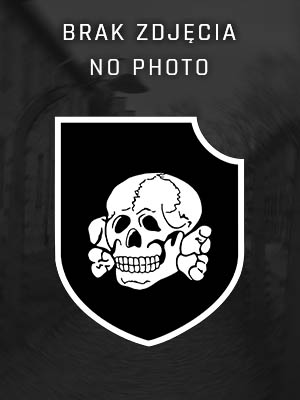 The death camp in Sobibór (SS Sonderkommando Sobibór) - a German Nazi extermination camp established as part of Operation Reinhardt, near the village of Sobibór, near the Bug River, in the General Government. The time of mass murder covers the period from April 1942 to October 1943. The number of victims is difficult to estimate, but it should be assumed that at least 170,000 people died there, and the number of victims may be as high as over 200,000.

Sobibór was the second camp set up and launched in the General Government as part of Operation Reinhardt. The whole operation was supervised by Odilo Globocnik, SS and police commander in the Lublin district of the General Government. The camp was located at the Sobibór railway station, in a total "wilderness", hidden in the forest between Włodawa, Chełm and Lublin.

The camp was initially divided into three sub-camps (zones):

a) Camp I - the administrative and residential area where prisoners selected from transports were directed (e.g. jewelers, seamstresses, tailors, hairdressers, etc.) and where the camp infrastructure was situated (kitchen, laundries, workshops).

b) Camp II - the transport reception area where prisoners were directed immediately after their arrival. There, they were deprived of their property with which they came, and then they went to camp III for disinfection, which meant death in the gas chambers. Sometimes, a small group of prisoners later employed by the SS as forced laborers in the camp was selected from the transports, incl. for sorting property, works related to the expansion of the camp and other works, for example in the workshops located in camp I (tailoring, jewelery, carpentry, etc.). Strong men found employment in the Sonderkommando in camp III.

c) Camp III - death zone, part of the camp completely separated from the other two zones. There were gas chambers powered by exhaust gases from a diesel/gasoline engine, mass graves, barracks for prisoners responsible for emptying gas chambers and burying bodies, as well as barracks for guards. From late autumn 1942, there were also grates and furnace pits where the bodies of the victims were cremated. The so-called "Road to Heaven" ("Himmelstrasse") lead there, and on the way there were barracks where the victims' hair was cut before their death. Sonderkommando prisoners in the strength of around 100-120 were strictly isolated from the remaining prisoners. The average life expectancy of a prisoner in such a commando ranged from a few hours to several weeks. These prisoners, like in other camps, were killed and replaced by others.

The entire camp, with the exception of the eastern border running along the railway line, was surrounded by a minefield.

The construction of the camp was supervised, as in the case of the camp in Bełżec, by Richard Thomalla from the SS Central Construction Office in Zamość. He participated in the development of the plans for the new camp, and from March 1943 he personally supervised the construction. The camp was established near the Sobibór railway station, close to the ramp where transports with deported prisoners were sent, sentenced to annihilation as part of the final solution of the Jewish question. In the early spring of 1942, Jewish workers from Włodawa, from the local Judenrat, were sent to the construction site. The first single transports to the camp in Sobibór arrived most probably at the turn of March and April 1942. On April 28, a Nazi of Austrian origin, Franz Stangl, was appointed commandant of the camp. He gathered experience in mass extermination during Operation T4. The staff of the camp consisted, as in other camps established as part of Operation Reinhardt, of SS men (Germans, Austrians) in the number of 20-30 and SS-Wachmannschaften (collaborators from the East), who had undergone training in the camp in Trawniki.

From May 1942, mass transports began to arrive at the Sobibór camp, mainly from the Lublin district, and occasionally from abroad (Austria, Germany, the Protectorate of Bohemia and Moravia, and Slovakia). People deported to KL Lublin (Majdanek) camp who were considered “unsuitable” during the selection were also sent there.

In the period from July to the end of September, due to renovation works on the Lublin-Chełm railway line, limited transports of prisoners were directed to the camp (mainly by trucks and horse-drawn carts, and occasionally by rail). The Germans used that time to build new, more efficient gas chambers, and their construction was supervised by Erwin Lambert and Lorenz Hackenholt (known as "Gasmeister" from the Bełżec death camp). At that time, Franz Stangl (on August 26 to be exact) was delegated to the German death camp in Treblinka, and his place was taken by the second and last commandant, Franz Reichleitner. On September 5, the first mass transport of Jews from abroad arrived - a group of about 1,000 people from the Protectorate of Bohemia and Moravia.

From October 1942, mass transports by rail resumed, mainly from the Lublin district, where Austrian, Czech, Slovak and German Jews had been imprisoned in transit ghettos. From January 1943, in connection with the end of the extermination in the Bełżec camp, Jews from the Galicia district were also sent to Sobibór. Then, in the spring of 1943, mass transports of Jews from Western Europe (The Netherlands, France) began to be sent. At that time, the last transports of Jews from the Lublin district were also supposed to reach Sobibór. On June 26, the transport of the last prisoners from Bełżec, who took part in covering up the traces of the crime, arrived in Sobibór. According to the testimonies, these prisoners tried to resist, as a result of which all of them were shot near the railway ramp.

In July 1943, Heinrich Himmler decided to transform the camp into a concentration camp and ordered the expansion of the so-called sub-camp IV (its construction was never completed).

In the late summer and autumn of 1943, the last transports began to head for Sobibór, including Jews from liquidated ghettos in the East: in Vilnius, Lida. In the second half of September, several transports of Jews from Minsk reached Sobibór. Among them, there was the fourth group of prisoners, selected to work on the construction of the camp. Among them was Aleksander Pechersky and a group of Soviet prisoners of war. Aleksander Pechersky's group joined the previously established camp underground, lead by Leon Feldhendler. The underground resistance was  Until then, most prisoners had no experience in combat (as they were mainly civilians), and the addition of Aleksander Pechersky was a chance for the success of the previously planned prisoner revolt.

On October 14, at around 3:30 pm, the uprising began. After telephone communication was cut off, prisoners lured SS men to barracks with stolen property, workshops and other buildings under various pretexts. The torturers were 'silently' killed with tools and other objects. At around 5:00 p.m. (the afternoon roll-call time), hand-to-hand combat began with the SS crew and the Ukrainian guards of the camp. Barbed wire was forced through. The prisoners began to flee to a nearby forest. Some of them died during the shelling of watchmen and from the explosion of anti-personnel mines. The minefields were right behind the camp fence. According to estimates from various sources, there were about 600 prisoners in the camp, 300 of which managed to escape. In the following days, 107 people were captured and shot. On the side of the perpetrators, 12 members of the SS crew were killed. They were buried with military honors at the German war cemetery in Chełm. Two watchmen were killed and several were injured.

After the uprising, a decision was made to completely liquidate the camp. In November, prisoners from the death camp in Treblinka were sent to Sobibór in order to cover up the traces of the crimes which took place in Sobibór. They were all killed after completing the task.

Until the end of the war, 46 participants of the revolt and a few people who had managed to escape from the camp earlier survived. None of the Sonderkommando prisoners from Camp III survived. More than half of the victims were Polish Jews, while the rest were citizens deported from occupied European countries (including Slovakia, which was allied with Germany).

As for the torturers, today we know the names of 51 SS men and several dozen of watchmen from auxiliary units. The most famous of the camp torturers were: Franz Stangl, Franz Reichleitner, Gustav Wagner, Karl Frenzel, Paul Bredow, Erich Bauer, Hubert Gomerski, Johann Klier, Erwin Lambert, Alfred Ittner, Werner Dubois, Iwan Demianik, Iwan Klatt, Emil Kostenkow, Iwan Tieriechow. A part of them were brought to trial and sentenced for their crimes.

1942-03/04 ▪ In the early spring of 1942, the Judenrat of Włodawa was ordered to provide Jewish workers for construction works at the Sobibór railway station.

1942-04-28 ▪ Franz Stangl becomes the commander of the Sobibór camp, on August 26, 1942 he was transferred to the Treblinka extermination center.

1942-05-09 ▪ The first transports from abroad, the first larger group of Jews from the Protectorate of Bohemia and Moravia were deported to Sobibór.

1942-08-31 ▪ Franz Reichleitner becomes the new commander of the Sobibór camp. He served until October 1943, until the camp was liquidated.

1942-08/09 ▪ new gas chambers were built in Sobibór, doubling their capacity. The railway line between Chełm and Włodawa was also modernized.

1943-04-28 ▪ Leon Feldhendler, who came from Żółkiewka, came to Sobibór - later, he would become the founder of the underground group active in the camp and one of the leaders of the uprising.

1943-05-03 ▪ the first direct transport of Dutch Jews reaches Sobibór. A group of 1,105 Jews was deported from the transit camp in Westerbork.

1943-06-26 ▪ a group of the last Jewish prisoners who took part in blurring the traces of the Bełżec camp were deported to Sobibór, where they were murdered.

1943-07-20 ▪ the successful escape from Sobibór occurred near the village of Żłobek, where a group of prisoners from the forest commando worked. Eight prisoners escaped after killing the sentry. The whole group managed to survive until the end of the war.

1943-09-23 ▪ in the second half of September, several transports of Jews from Minsk reached Sobibór. A group of prisoners was chosen from them to work on the construction of the IV camp, including prisoners of war. Among them was Alexander Pechersky, later the leader of the uprising.

1943-10-14 ▪ An armed prisoners' rebellion breaks out in the Sobibór camp. After the liquidation of part of the German crew, the prisoners began to flee, as a result of which about 300 people escaped.

1943-12-XX ▪ liquidation of the Sobibór camp. After the prisoners' uprising, the Germans decided to completely liquidate the camp and erase all traces of its existence. 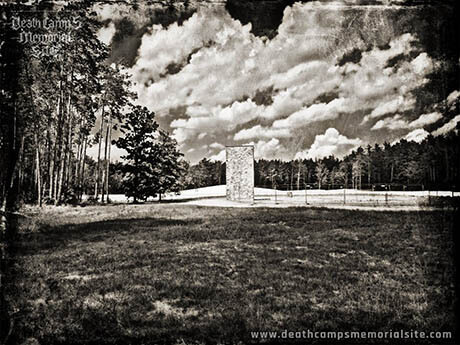