Franz Stangl (born on March 26, 1908 in Altmünster, died on June 28, 1971 in Düsseldorf) – SS man with the rank of SS-Hauptsturmführer of Austrian origin. Commander of the death camps in Sobibór and Treblinka. "White Death", as prisoners called him, was also a veteran of Action T4 mentioned in previous posts.

It is estimated that around 900,000 people were killed during his rule in Sobibór and Treblinka. After the war, he was captured by the Allied forces, but he was not recognized. He managed to hide his identity and escaped to Syria, and then to Brazil, with the help of the Vatican... He was tracked down by a well-known Nazi hunter, Simon Wiesenthal, and given to the Austrian authorities, who sentenced him to life imprisonment. He died of a heart attack at the age of 63 while in prison.

I strongly encourage you to read the book " Into That Darkness: An Examination of Conscience” by Sereny Gitta. 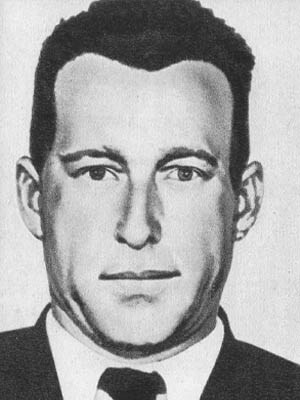