Stanisława Leszczyńska (born on May 8, 1896 in Łódź, died on March 11, 1974 in Łódź) – a Polish midwife imprisoned in the Auschwitz concentration camp, a volunteer called "Mother" and the Handmaid of the Catholic Church.

In 1916, she married Bronisław Leszczyński and lived with him in Warsaw. There, Stanisława began her studies at the Obstetric School. Together with her husband they had four children: Sylwia, Bronisław, Stanisław and Henryk. When World War II broke out, the Leszczyński family got involved in helping Jews, and was arrested on the night of February 19-20, 1943. Stanisława and her daughter were incarcerated in the women's prison at Gdańska Street, while the father and sons – in the prison at S. Sterling Street. Stanisława and her daughter Sylwia, after investigation and sentence, were taken to KL Auschwitz (subcamp Birkenau) on April 17, 1943.

From 1942 to the first half of 1943, pregnant women arriving at the camp were sent straight to the gas chambers or murdered by phenol injections. Leszczyńska decided to work as a midwife in Birknau, thus opposing the explicit orders of the camp authorities regarding the annihilation of newborns. In her publications she mentions that Schwester Klara and Schwester Pfani took their children from their mothers and drowned them in barrels, showing no mercy at all. It is estimated that the nurses killed about 1,500 newborns.

From mid-1943, newborn children were spared, and in 1944 barracks intended especially for them were constructed. They were located in the Auschwitz Birkenau II camp, in sector BIIe.

Stanisława Leszczyńska delivered babies in a chimney duct constructed along the barrack. Instead of a sterile sheet, she had a dirty blanket crawling with lice. Despite this, she managed to achieve amazing results. Mothers and babies whom she assisted managed to survive.
She motivated suffering people by showing them love and understanding. She shared food, depleting her humble ration. Nothing was further from her than helplessness and fear.

Our heroine managed to successfully deliver all the babies whom she assisted! It is currently impossible to assess how many babies exactly survived thanks to her. The estimated number is about 3000 people, but given the length of her stay in Brzezinka and the confessions of witnesses often talking about several births received simultaneously, there could have been more births.

In the summer of 1943, on the recommendation of the camp SS general doctor, Dr. J. Mengele, an area called “Kindergarten” was created in the BIIe sector as a nursery and kindergarten, with a playground equipped with a merry-go-round, sandpit and swings. The children from Kindergarten were the subject of Dr. Mengele's experiments.

Stanisława Leszczyńska was a midwife in Auschwitz until the liberation of the camp. Thirty children delivered by her survived it. During the evacuation, she hid with her daughter among the most seriously ill women, so that they could look after them. She worked until February 2, that is, until the Red Cross took over the mothers and newborns.

Along with her daughter, they spent 668 days in the Auschwitz-Birkenau camp.

After the war, she returned to Łódź, where she continued to work as a midwife until mid-1950s. In 1957, memories of her work in the camp were published, entitled "The Report of a Midwife from Auschwitz". In 1970, she participated in an unusual meeting with mothers and children who survived Auschwitz.

Stanisława Leszczyńska died of cancer on March 11, 1974. The funeral took place at the St. Roch cemetery in Łódź, at Zgierska Street in the district of Radogoszcz. In 1996, her remains were transferred to the Assumption of Mary into Heaven Church.

I recommend the following books: 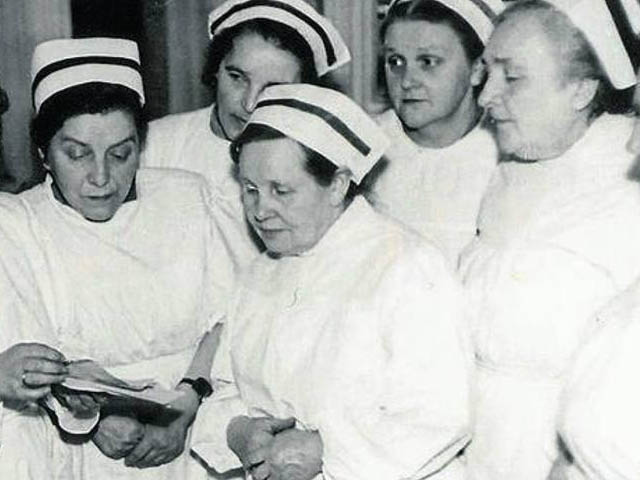