Rudolf Maria Spanner (born April 17, 1895 in Metternich, died August 31, 1960 in Cologne) - member of the NSDAP, pathologist and professor of medicine in Gdańsk, at the Institute of Anatomy of the Medical Academy, associated with the very controversial issue of "human soap".

Professor Rudolf Maria Spanner is mostly remembered from the collection of stories by Zofia Nałkowska entitled "Medallions". In one of the stories, the author presented inhuman experiments such as the production of soap from human fat and the preparation of human skin. The procedure took place during World War II at the Anatomical Institute of the Medical Academy in Gdańsk, managed by Spanner.

Spanner was born in 1895 in Metternich (from 1937 a district of Koblenz). After passing his final exams in 1912, he studied medicine at the universities in Leuven, Geneva and Frankfurt am Main. During World War I, he was awarded the Iron Cross of the second class, and after a four-year break he continued his studies in Bonn and Cologne, receiving a medical diploma in 1920. After completing his studies, he initially started working at the University of Cologne, and then took the position of assistant at the Institute of Anatomy at the University of Frankfurt am Main.

On January 1, 1940, Spanner took the position of director of the Institute of Anatomy in Gdańsk, and then began buying corpses, which were then prepared and used as visual and scientific material, like skeletons. As a result of agreements and arrangements, the Institute received corpses of people sentenced to death and executed in prison in Gdańsk, as well as in Königsberg and Elbląg, the bodies of prisoners of the Stutthof concentration camp and Soviet prisoners of war, and finally patients of the psychiatric hospital in Kocborów near Starogard Gdański, who died or were murdered, recognized as less valuable in the light of Nazi eugenics.

Initially, the Institute paid 15 marks for a corpse, of which 5 went to the employees of the Kocbor factory. Later, the payment was reduced to 9 marks, of which the staff received 4 marks, and the rest was paid to the hospital.

The first batch of "soap" was produced in February 1944. Fat had been collected since September 1943, for five months. Hence, 70 to 80 kilograms of fat was collected from approximately 400 corpses. From the fat obtained, slightly more than 25 kilograms of "soap" were made, which, according to witnesses, was used, among others to maintain cleanliness in the dissecting room.

On October 20, 1944, the only son of Professor Spanner, 19-year-old corporal Karl Reinhard, died in Hungary. Apparently, after this loss, Spanner lost his enthusiasm for scientific work for some time.

On January 30, 1945, in connection with the approaching front, Professor Spanner left Gdańsk, leaving everything that could hinder his journey, including preparations, test results, and books.

The Chief Commission for the Prosecution of Crimes against the Polish Nation in Gdańsk conducted an investigation to determine whether during the World War II, at the Institute of Anatomy of the Medical Academy in Gdańsk headed by Professor Rudolf Maria Spanner, murders were committed and pseudo-medical experiments were conducted, in particular consisting in the production of soap from human fat and utilitarian objects from human skin.

In April 1945, immediately after the occupation of Gdańsk by the Soviet army, representatives of the Polish administration began to secure the buildings and properties of a number of local institutions, including the Medical Academy. The condition of the premises of the Anatomy Institute aroused particular interest. According to specialists, evidence was found which allowed them to suspect that activities which nothing to do with scientific or didactic work took place there. These hypotheses were confirmed by a laboratory worker named Aleksy Opiński, a former employee of the Academy who returned to work and declared that soap was made from human fat at the Institute.

Spanner did not hide after leaving Gdańsk. Initially, he worked as a doctor in Ostenfeld (Schleswig-Holstein). Then he moved to Hamburg. In May 1947, after press articles from the Nuremberg trial were released, he was recognized by the neighbors from the tenement house. He was interrogated by the police and heard at the court. He claimed that the soap-like substance was a byproduct of maceration (Latin maceratio - softening) and that people drew conclusions hastily.

On December 12, 1948, the denazification department in Cologne included Spanner in the "entlastet" (cleaned) category. It allowed him to return to work at university. First, he worked in Freiburg, and from mid-1949 in Cologne, at the university's clinic. Spanner had very good contact with students, whom he often met in a small cafe near Anatomicum. In the 1950s, the cafe was even referred to as Cafe Spanner. Students remembered him as a thoughtful professor, dressed in a too long apron, moving around the laboratory, the preparation room and the library. His characteristic feature was the fact that he often did not wear gloves when performing sections.

His correspondence showed that he was burdened with discussions and publications in which his name appeared in the context of human soap. He considered the reports about the use of human hair for the production of ropes and the acquisition of dental crowns from precious metals from corpses to be lies (however, fully confirmed).

In 1957, he became the director of the Institute of Anatomy in Cologne. He perfected the highly acclaimed anatomical atlas of Werner Spalteholz. The atlas, with the names of Spalteholz and Spanner, is still used today. Spanner did not finish his work on the second volume. On August 31, 1960, he died of a heart attack. His body was cremated and the ashes were buried at Bergerdorf Hamburg Cemetery.

In 2002, the Institute of National Remembrance resumed the investigation of the professor's case. It was decided to re-examine the soap samples. Expert analyses made by Professor Andrzej Stołyhwo from the Gdańsk University of Technology showed that the soap could have been made from human fat.

On November 20, 2006, prosecutor Piotr Niesyn of the Institute of National Remembrance finished the investigation due to lack of evidence. Nor did he find any reason to state that Spanner incited the killings to get more corpses for the Institute. Instead, he stated that in 1944 and 1945, "a chemical substance that was essentially soap" was obtained from human fat.

In 2006 the book "Professor Rudolf Spanner 1895-1960. Scientist in the Third Reich" was published. Its authors are Monika Tomkiewicz, PhD (a historian who works at the investigation department of the Gdańsk Institute of National Remembrance) and professor Piotr Semków (once also an employee of the Institute of National Remembrance, today a lecturer at the Naval Academy in Gdynia). The authors refute the writer's thesis that at the institute headed by Spanner, there was a secret factory of soap made from human fat.

The subject is very complicated and full of mysteries, which unfortunately we are not able to solve. I invite you to share your opinions. 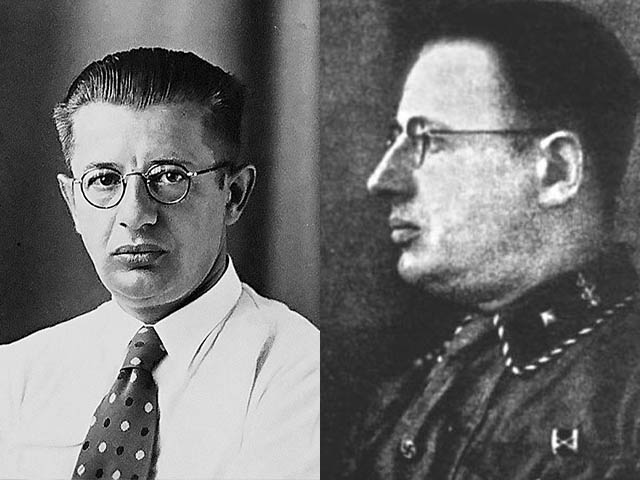 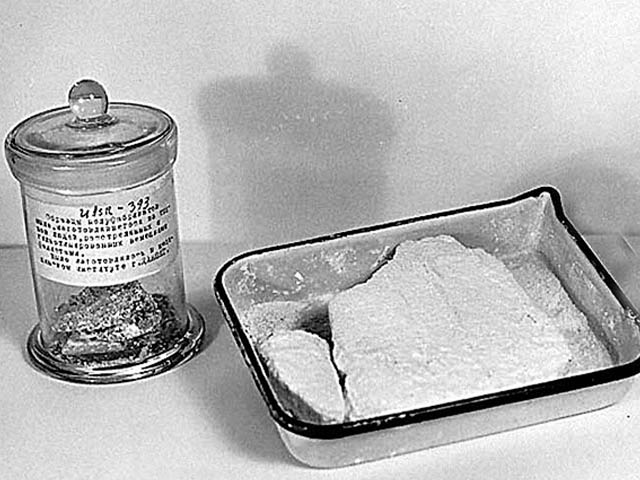 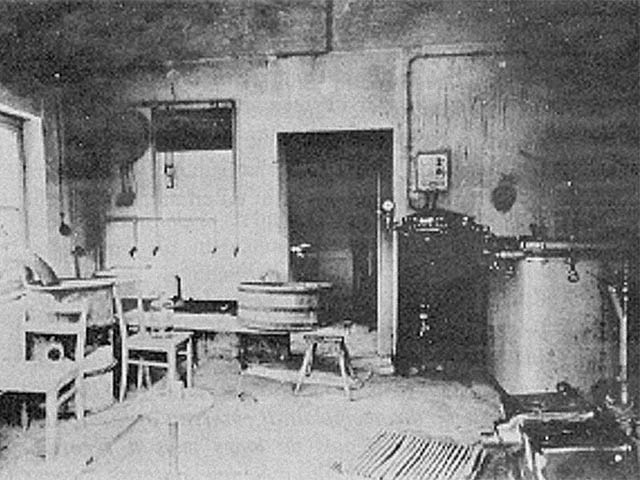