After the war, most SS-Wachmannschaften members were not punished for their crimes. Some emigrated to Anglo-Saxon countries (USA, Canada, Great Britain), where they blended in with the Ukrainian diaspora. Many others, especially those with German roots, lived in West Germany. A lot returned to the USSR after the war. They usually claimed to be forced laborers taken to Germany.

In all cases, only a few stood before the court.

Among the most famous SS-Wachmannschaften serving in death camps and those participating in the pacification of ghettos, as well as assistance in organizing transports in the general governorship were:

Iwan Demianiuk - watchman in the Sobibór camp, mistakenly confused with Iwan "Grozny" Marczenko from Treblinka. After the war, Demianiuk escaped to the USA. In 1958, he obtained American citizenship, which he was deprived of as a result of the list of Michael Hanusiak published in 1983. In 1986 he was deported to Israel, where he stood before the court and was sentenced to death in 1988. In 1993, however, he was cleared of charges in an audit process by the Supreme Court of Israel.

In 2008, the Central Office of the State Justice Administrations for the Investigation of National Socialist Crimes requested the extradition of Demianiuk on the basis of newly found documents. According to them, Demianiuk personally directed transports of Jews to gas chambers in Sobibór.

On November 30, 2009, a trial began in Munich, during which Demianiuk’s lawyer accused the judges and the prosecutor's office of bias. On May 12, 2011 Demianiuk was found guilty of complicity in the mass extermination of Jews in the Sobibór camp, for which he was sentenced by the court to five years in prison. John Demjanjuk died in a nursing home in Bad Feilnbach, Germany, on March 17, 2012, at the age of 91. As a result of not recognizing his appeal, Demjanjuk is still considered innocent under German law.

Ivan Ivanovich Marchenko - a former member of the Red Army. In 1941, he came to Trawniki from a prisoner-of-war camp in Chełm. He served as a guard in the Jewish ghetto in Lublin and the Treblinka extermination camp. His task was to direct Jews to the gas chambers. "The motorized" overclocked the gas engine, and when they were asked to "turn on the water," Marchenko, called "Ivan the Terrible" (Ivan Grozny) by the Jews, showed particular brutality during the killing process. He was photographed with Ivan Tkachuk in Treblinka. In 1943, he was transferred to Trieste, and in 1944 he fled to Yugoslavia. His fate remains unknown.

Nikolai Szalajew - along with Ivan the Terrible, he operated gas chambers in the Treblinka extermination camp. He was responsible for directing Jews to gas chambers.

Fedor Fedorenko - He came from the Ukraine. During the war, he served in the Treblinka extermination camp. As a former Soviet citizen, he came to the United States on the basis of a DPA visa (1949). Fedorenko became a naturalized US citizen in 1970. He was caught in 1977 and denaturalized in 1981. Then, he was extradited to the USSR, where he was sentenced to death for treason of his nation and participation in the Holocaust. The sentence was carried out in July 1986.

Jakiw Palij - Guardian of the camp in Trawniki. He emigrated to the USA, where he was deprived of US citizenship for "providing false information in his visa application for emigration to the United States." He was deported from the United States on August 21, 2018. He died on January 10, 2019, at the age of 95.

Jakob Reimer - a guard in Trawniki in 1944. As a later US citizen, he was denaturalized in 2002; he died in 2005 before he could be deported from the United States to Germany.

Vladas Zajančkauskas – a Hiwi shooter, sent to destroy the Warsaw ghetto. His American citizenship was withdrawn in 2005 when he was 95 years old. He died in 2013.

Josias Kumpf – A Yugoslav Volksdeutsch who took part in the murderous Erntefest Action in Trawniki.

Samuel Kunz - a former Soviet prisoner of war trained in Trawniki. He was accused of being the guardian of the Bełżec camp in Bonn (Germany) in July 2010. Kunz died in November 2010 while waiting for the trial.

Wasyl Lytwyn - born in 1921. His deportation was ordered in December 1995; repatriated to the Ukraine.

Ivan Nikoforow – a watchman in the Bełżec camp.

Emanuel Schultz - a watchman in the Bełżec camp.

Iwan Tichonowski - a watchman in the Bełżec camp.

Iwan Zajczew - a watchman in the Bełżec camp.

Emil Kostenkow - a watchman in the Sobibór camp.

Boris Rogoz - a watchman in the Treblinka camp.

Piotr Dmitrenko - a watchman in the Treblinka camp.

Theodozy Melnik - a watchman in the Treblinka camp.

Mikołaj Osyczański - a watchman in the Treblinka camp.

Wasyl Rudenko - a watchman in the Treblinka camp.

Iwan Tieriechow - a watchman in the Sobibór camp.

There were also several trials after the war, including the trials of crews from Bełżec, Sobibór and Treblinka.

In the first half of the 1960s, several trials took place in the Soviet Union, where former members of the Trawniki-Männer camp were accused. During these trials the witnesses were, among others, witnesses from Poland.

In 1962, a trial of eleven former Sobibór guards began in Kiev. The main witness of the accusation was the leader of the rebellion in Sobibór, Aleksander Pieczerski. Ten defendants were sentenced to death and the eleventh, Ivan Ticheachov, to 15 years imprisonment.

In June 1965, the court in Kiev sentenced three watchmen from Bełżec and Sobibór to death.

The next Trawniki-Männer trial took place in 1965 in Krasnodar. Six former guards were accused.

In 1975, Michael Hanusiak, a Ukrainian immigrant, published a list of the names of 70 Ukrainian war criminals who were supposed to be in US territory. It included the surname of Ivan (John) Demianiuk.

After the war, most SS-Wachmannschaften members were not punished for their crimes. 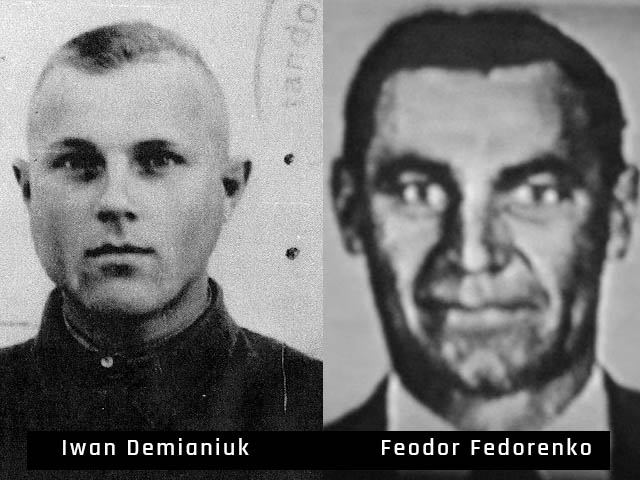 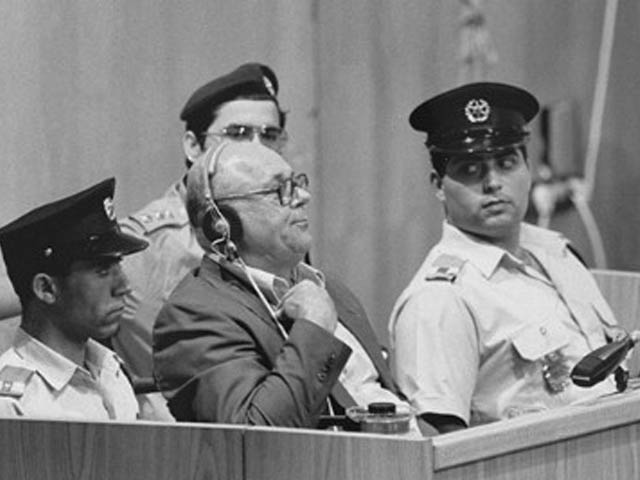 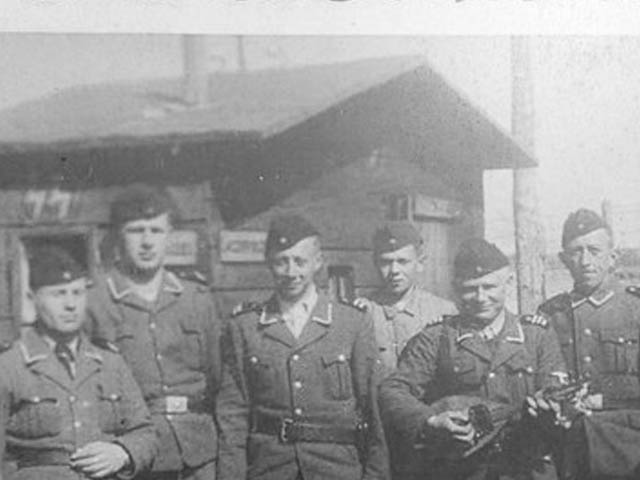 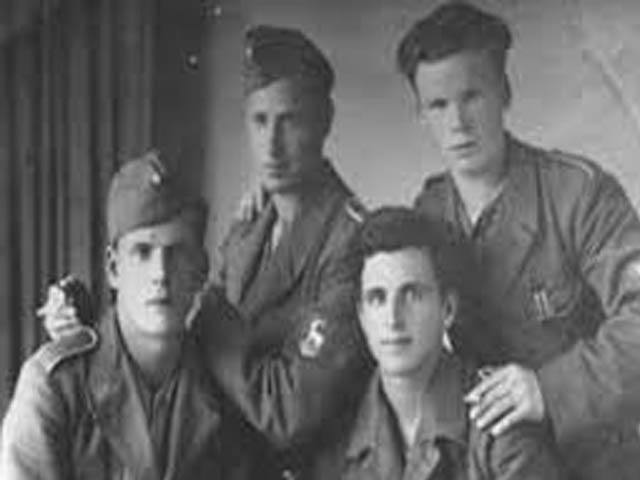 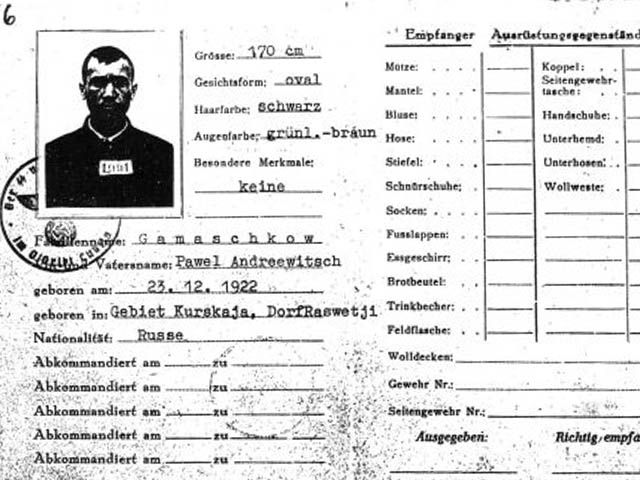