Fort VII in Poznań was built in the second half of the 19th century and was part of the Poznań Fortress. During the period of the Second Polish Republic, it served the Polish Army, and when Hitler's army seized Poznań, it was renamed Konzentrationslager Posen. It is worth remembering that for the first time in Poland, here in Poznań, the Germans used the name Konzentrationslager.

Adolf Hitler, with two decrees of October 8 and 12, 1939, incorporated the western territories of Poland into Germany. On October 26, the Reichsgau Posen was founded and later renamed to the Reichsgau Wartheland on January 29, 1940. Almost from the very beginning of the German occupation, the extermination of the Polish population began. Already on October 10, 1939, the first German concentration camp was established on the territory of Fort VII. Konzentrationslager-Posen was subject to the Einsatzgruppe VI (operational group of the German security police). In November 1939, its name was changed to Geheime Staatspolizei Uebergangslager (Gestapo Transition Camp), and in mid-1941 to Polizeigefaengnis der Sicherheitspolizei und Arbeitserzeihungslager (Police Security Prison and Educational Labor Camp). The SS sentry crew consisted of fifty to eighty officers. The prisoners were in Fort VII until the Gestapo decided about their further fate, that is, being sent to court, deported to a concentration camp or executed on the spot. Executions were carried out by hanging or shooting, there was also a guillotine, but most of the prisoners murdered here fell victim to cruel treatment by guards. The cause of numerous deaths were also: hunger, exhaustion and diseases, which were widespread in German extermination camps. Especially typhus and tuberculosis, due to the prevailing conditions, took their bloody toll, since there was almost no medical help here. In this camp, already in October, that is at the very beginning of its existence, for the first time in Europe, the Germans used gas to kill civilians. In an isolated bunker, from October to December 1939, members of Herbert Lange’s Sonderkommando SS-Untersturmführer murdered, using carbon monoxide, patients of the psychiatric ward of the Municipal Hospital in Poznań, as well as several hundred patients and medical staff of the psychiatric hospital in Owińska. This first attempt to use gas to kill people was an experiment which was, if you can say that, not entirely successful. Carbon dioxide from a cylinder was pumped into a room where prisoners awaiting death were locked, and the cracks in the door were covered with clay. The locked people died of exhaustion all day which was, as later Germans themselves recognized, inefficient. However, this did not discourage them and they refined this method of killing in other camps using car exhaust fumes and Cyclone B.

The first prisoners of Fort VII were Greater Poland and Silesia insurgents, members of Polish political and social organizations, officials, teachers and university professors, priests, representatives of free professions, buyers and industrialists, landowners – simply speaking, anyone who was a Pole and could be the smallest, even theoretically, threat to the Third Reich. During the war, almost all Poznań residents detained by Germans passed through this place of execution. Few Jews as well as some Ukrainians, Yugoslavs, Soviet prisoners of war and even Germans were imprisoned here. The latter, however, were treated better.

Behind the Konzentrationslager Posen gate, prisoners were placed along the administration building, facing the wall. The smallest move of the head was enough to be shot by a German guard. Then, all documents were taken from them, a personal search was carried out and their heads were shaved.

One of the prisoners, Ignacy Rynarzewski, remembered his stay in Fort VII - "There were 138 people in one cell, and there were only 35 bowls to eat... Our first meal after 24 hours was black coffee. I was kept there for six months without being questioned. The wake-up call was basically at 5 am, but sometimes also at 2 am. At that time, drunk and hungry supervisors ordered us to get down and stand up at least a hundred times, calling the show "the Polish uprising". Another kind of torment was driving us to the hill at night, where we had to jump for an hour in the position of a “frog”, rushed by insults and rifle butts, and if someone fell from exhaustion, then a specially trained wolf dog would get in and bite savagely. Many did not return alive from these exercises. "

The worst ideas came to German torturers’ heads. They used them to torment prisoners for hours, and thus provided themselves with degenerate entertainment. One of tortures was the so-called "health walk" around the bunkers in the western areas of the fort and took place during the so-called "parade march" with throwing legs in the traditional Prussian way. This parade of prisoners inspired one of the German guards with the thought of arranging a spectacle of Polish prisoners. A carpenter from Swarzędz was chosen and told to imagine that he was emperor Wilhelm II. He was forced to stand on the platform and expect a parade of victorious Polish troops to pass through the "Brandenburg Gate". When this poor man stood in horror not knowing what awaited him, at the same time other prisoners were rushed with rifle butts and ordered to parade in front of him. The Gestapo group was so amused that the prisoners had to repeat the parade twice. Another German entertainment used in many places of this type was forcing prisoners, threatened by death penalty, to fight with each other. The Germans did not hesitate to kill prisoners, sometimes in a very sophisticated way. One of such methods of killing was the "Bell", which consisted in hanging the prisoner by the legs and swinging him until he smashed his head against the walls.

Women were also imprisoned in the camp. Initially, almost all who were detained in Fort VII worked from 5 am to 8 pm. Later, this privilege was limited only to non-political prisoners. Their work consisted mainly of cleaning, sewing, ironing and cooking.
In April 1944, Fort VII was handed over to the needs of the defense industry and the prisoners were transported to the Żabikowo camp established in April 1943. In the last months of the war, Fort Telefunken's factory was operating in Fort VII, producing radio receivers for the German army.

Due to the destruction of documents, it is impossible to estimate how many prisoners were tormented in this camp and to assess, to a large extent, the number of victims whose lives were taken by fortress casemates, or mass executions in the surrounding forests. It is assumed that the number reaches several thousand, maybe even 20. Fort VII in Poznań was the largest torture chamber of Poles in the so-called "Warthegau." Germans probably murdered the largest percentage of the intelligentsia of Greater Poland in it.

Several people managed to escape from the criminal investigation camp. Marian Szlegel was among them. He was sentenced to death and had nothing to lose. He worked in the fort at the rabbit house. He took the hook and managed to get through the moat that surrounded the camp somehow. After discovering his escape, the Germans established an award for his head, but Judas was not found who would be tempted by German silverware and he managed to survive the war. The last commandant of Fort VII was Reinhold Hans Walter. For his unclear interests, he was arrested by the Gestapo. One of the charges against him was the abuse of prisoners. The point was that he also oppressed Germans imprisoned in the camp, who were to be treated differently than Poles. He drowned one of them in his cell. Reinhold Hans Walter committed suicide at the Gestapo headquarters.

After the war, the army used the fort, and since 1979 a Museum of Greater Poland Martyrdom has been operating in it. 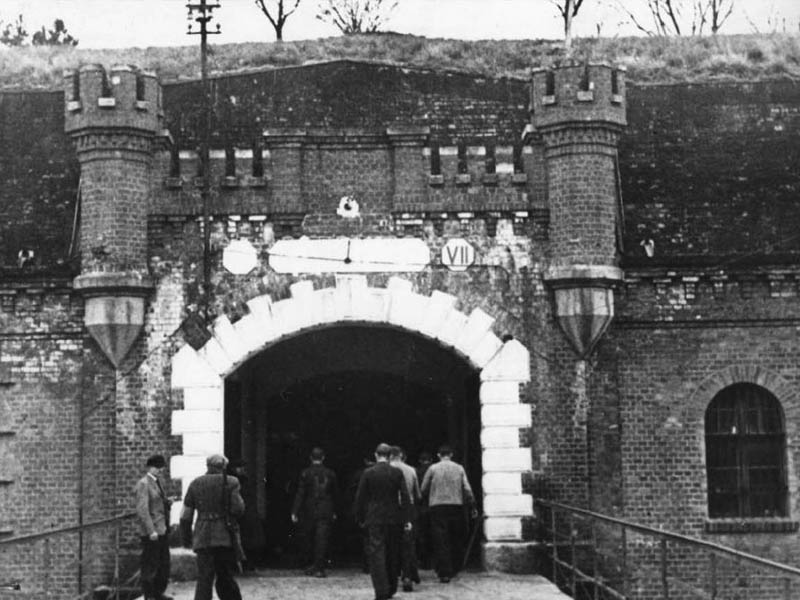 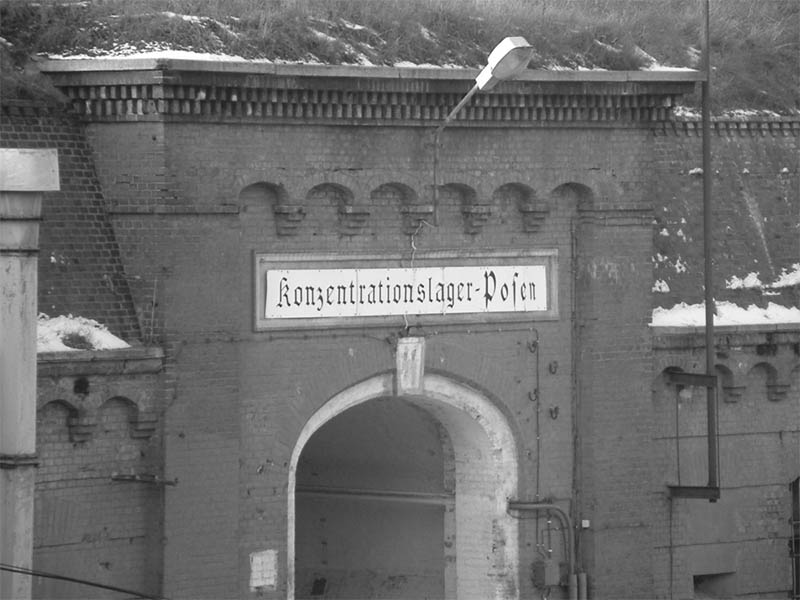 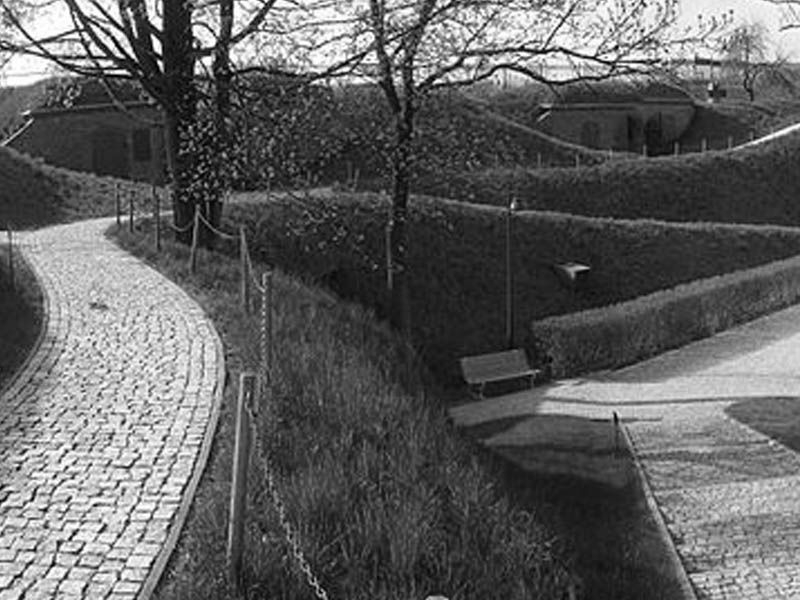