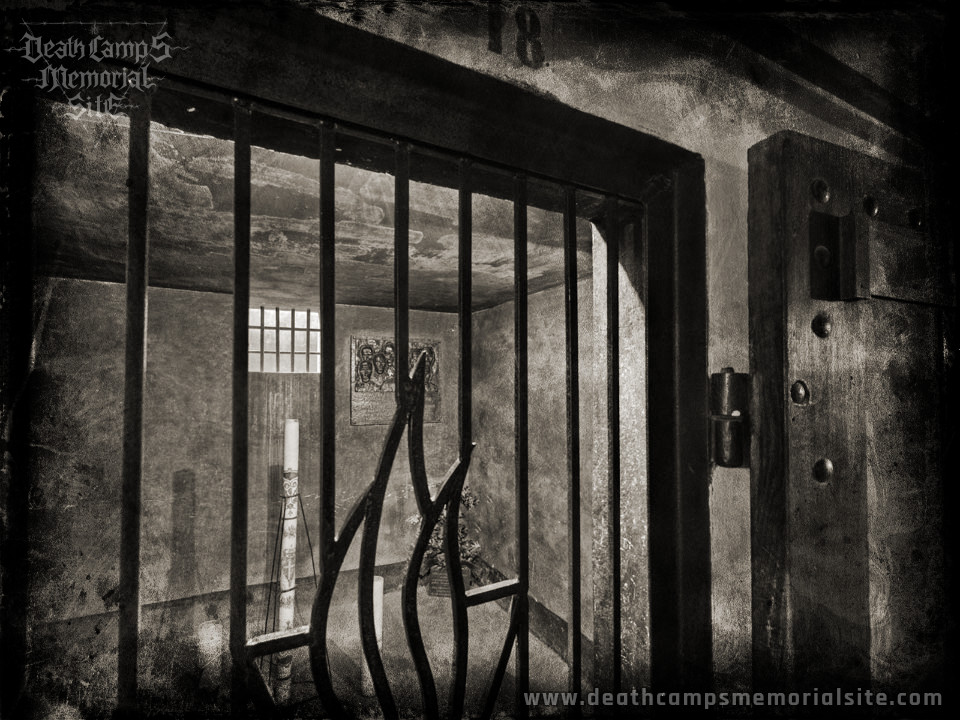 On August 14, 1941, Father Maksymilian Kolbe was killed in the basement of the "death block" in the German concentration camp Auschwitz. At the end of July, during the roll call, he voluntarily chose to starve to death in exchange for a convicted fellow prisoner, Franciszek Gajowniczek. Eventually, after 15 days in a cell without food or drink, he was killed with a phenol injection and his body was burnt in Crematorium No. 1.

Father Maksymilian Kolbe (actually: Rajmund Kolbe) was deported to the Auschwitz concentration camp on May 28, 1941 from the Pawiak prison in Warsaw. After arriving at the camp, he was given the number 16670 and became imprisoned in the then Block 14 (currently block number 19). In the camp, he was sent to construction works on its premises, and then to a commando that worked in Babice, building a pasture fence.

In the meantime, Kolbe, among others due to difficult living conditions in the camp, was hospitalized. After he left the infirmary, he was assigned to light work, initially in a hosiery mill where clothes were repaired, and later in the kitchen in the potato room.

On July 29, during the personal status check, one of the prisoners from block 14 was found missing. His name was Zygmunt Pilawski. An assembly was ordered, confirming the escape of the aforementioned prisoner. In retaliation, Lagerführer Karl Fritsch (deputy commandant of Rudolf Höss), together with SS-Hauptscharführer Gerhard Palitzsch, randomly selected 10 prisoners who, under collective responsibility, were sentenced to death by starvation for the escape of a prisoner.

Among them was Franciszek Gajowniczek, who began to cry for his wife and children... Father Maksymilian Kolbe watched the whole event and asked Fritsch to include him in the group of those sentenced to death in place of Franciszek Gajowniczek. After a short exchange of views, Fritsch agreed to Kolbe's proposal. A group of prisoners was sent to block no. 13 (now block no. 11). Maksymilian Kolbe was put in cell number 18.

After two weeks of torment, Kolbe was still alive (he had a palpable pulse). On August 14, 1941, the so-called "cell cleaning" was ordered. On the orders of the SS, Hans Bock (a criminal transferred from the Sachsenhausen camp, marked as No. 5) killed Maksymilian Kolbe by injecting him with lethal phenol.

Franciszek Gajowniczek survived the war and died at the age of 94. He was buried in the Franciscan monastery cemetery in Niepokalanów, where in 1927 Maksymilian Kolbe founded the Niepokalanów monastery-publishing house.