Decision to build the death camp in Belzec 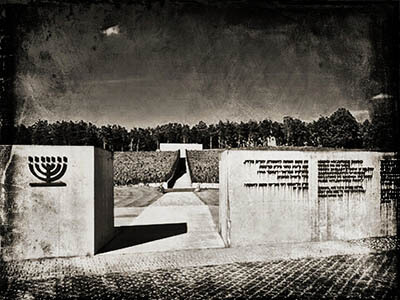 On October 13, 1941, a decision was made to build the death camp in Belzec. The conference at the Wolf's Lair was attended, among others, by Heinrich Himmler and Odilo Globocnik, SS and Police commander in the Lublin District, who was supposed to supervise the Belzec camp.

The SS Sonderkomando Belzec was the first German extermination camp to be established in the General Government and the first one to use stationary gas chambers. It was one of the main centers of the mass extermination of the Jewish population from the territory of the General Government. Mass killing began on March 17, 1942. It lasted until the end of December 1942. It is estimated that about 450,000 people died in Bełżec.