Final liquidation of the Plaszow camp 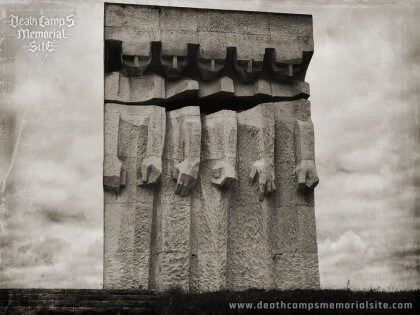 On January 14, 1945, the final liquidation of the Nazi German concentration camp Plaszow took place. On a frosty January day, a group of over 600 of the last prisoners (including about 150 women) marched towards the Auschwitz camp under SS escort.

The Death March from Plaszow to Auschwitz lasted 3 days, on foot, in extreme conditions of frost and snow. Exhausted, freezing prisoners who were unable to continue their march were killed by the SS men who were escorting them.A small number of prisoners managed to escape.

Death Marches - the evacuation of prisoners from German concentration camps by foot, rail or sea towards the camps still existing in Germany. Tens of thousands of prisoners lost their lives in the death marches.

The process of liquidating the camp itself began in September 1944. Some of the camp buildings were dismantled and sent to other still functioning camps to the west of the front line. Numerous transports of prisoners were sent to concentration camps, incl. Auschwitz-Birkenau, Stutthof, Gross Rosen.

In the winter of 1944, only a few hundred liquidation group remained, consisting mainly of Jewish prisoners whose task was to clean up the area Plaszow was a German Nazi forced labor camp (German: Zwangsarbeitslager Plaszow des SS und Polizeiführers im Distrikt Krakau), functioning from October 1942 to January 1944, and then transformed into a concentration camp (German Konzentrationslager Plaszow bei Krakau), operating until January 1945 in the occupied city of Krakow.

The number of prisoners and victims is difficult to estimate because no records of prisoners were kept in the first period. Some people were killed immediately after arriving at the camp. According to various estimates, at least 30,000 people of various nationalities, mainly Jews, but also Poles, Roma and Hungarians, were imprisoned throughout the camp's operation. The number of people murdered in the camp is estimated at around 5,000 to 8,000.

There were also executions of Poles suspected of participation in the resistance movement and prisoners from the Montelupich prison, then under the Gestapo.