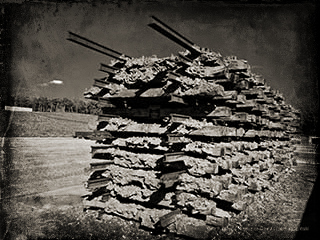 Sculpture of railway tracks - in Museum and Memorial Site Belzec. Monument made of railway tracks, sleepers, stones and concrete. Its symbolism refers to a siding where trains with victims deported to the camp stopped.

The second meaning of this sculpture are the pits in which the bodies of the victims, later exhumed, were burnt.

The construction of the camp began on October 31, 1941, and the last prisoners, after covering up the traces of the crime, left the camp on June 26, 1943. Almost all documents related to it were also destroyed.

According to various estimates and calculations, it is assumed that the number of victims of the camp was approximately 450,000.

The mass extermination process itself lasted from March 17 to mid-December 1942. From December 1942 to June 1943, the camp was completely obliterated.

From approximately 450,000 deported people to Belzec, only two unambiguously confirmed cases are known where prisoners of the Belzec camp managed to escape from the camp and survive the war.