The liberation of Gross Rosen 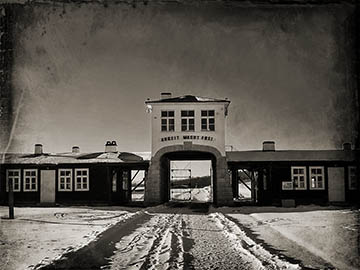 Gross-Rosen - febuary 14, 1945 was the liberation of the German concentration camp. In February 1945, due to the approaching Eastern front, a decision was made to evacuate the camp.

The prisoners gathered at a nearby railway station were loaded into wagons. Mostly they were roofless wagons, which were used for coal and rock blocks transport from nearby quarries. Transports were directed deep into the Reich. During the several-day journey, prisoners had to survive at -20 degrees, without food and drink, without warm clothing, died of exhaustion, hunger and cold.

During the evacuation operation, several thousand prisoners were killed and it was one of the most tragic periods of the camp's activity.  At the turn of February 13 and 14, the Red Army (exactly 1st Ukrainian Front), entered the practically abandoned camp, liberating it from German terror.

From August 1940, at first the camp was a branch of KL Sachsenhausen, and then, on May 1, 1941, Arbeitslager Gross-Rosen obtained the status of an independent concentration camp. About 125,000 prisoners passed through the camp in 5 years, of whom 40,000 are estimated to have died. Depending on the classification, the camp had about 120 sub-camps.