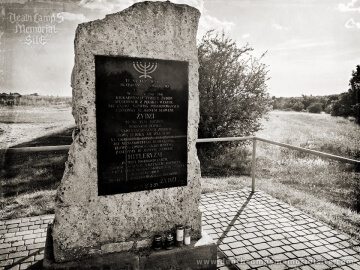 On March 13 and 14, 1943, the Germans began the final liquidation of the ghetto in occupied Krakow. The liquidation order was given by Wilhelm Haase, and the liquidation action was supervised by the commandant of the German camp Plaszow, Amon Goeth.

The Krakow ghetto was divided into two zones. In Zone A, Jews evaluated as "fit for work" were imprisoned. About 6,000–8,000 Jews from Zone A were imprisoned in the Plaszow labor camp. Jews from Zone B - that is, those who were unable to work, the elderly, children, the sick, were killed during the liquidation action.

On March 14, 1943  about 2,000 Jews were sent to the German Auschwitz Birkenau camp, where 3/4 of them were murdered in the gas chamber immediately after arriving at the "death factory" in Birkenau.

Plaszow was a German Nazi forced labor camp (German: Zwangsarbeitslager Plaszow des SS und Polizeiführers im Distrikt Krakau), functioning from October 1942 to January 1944, and then transformed into a concentration camp (German Konzentrationslager Plaszow bei Krakau), operating until 1945 January 14, in the occupied city of Krakow. The number of people murdered in the camp is estimated at around 5,000 to 8,000.