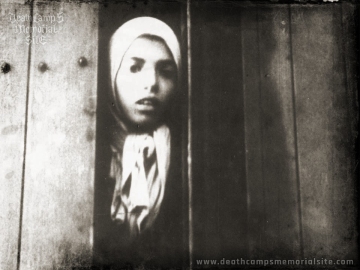 Roma, like the Jews in the Third Reich and in the then occupied countries, were treated as an inferior race to be annihilated. In 1935, their rights were significantly restricted on the basis of the Nuremberg Laws. Roma and Sinti were also imprisoned in German concentration camps, which had been operating since 1933 in Germany and Austria.

After the outbreak of World War II, Roma and Sinti were deported and imprisoned, among others in ghettos in the occupied territories of Poland and the Czech Republic, as well as in concentration camps which were successively established by the Germans in the conquered territories. In 1941, after the Germans declared war on the Soviet Union, Einsatzgruppen units and collaborators began the mass extermination of the Roma living there, who died along with Jews in mass executions in the present territories of Estonia, Latvia, Lithuania, Belarus, Ukraine and Romania. From 1942, mass deportations of Roma and Sinti to concentration camps, labor and immediate death camps Kulmhof, Treblinka, Bełżec, Sobibor,  Auschwitz Birkenau, as well as concentration camps in Jasenovac (Croatia) and Transnistria (Romania) began.

Porajmos, i.e. the extermination of Roma and Sinti by the Third German Reich and their collaborators, was a mass genocide. It is impossible to determine the number of victims, but according to estimates, the number ranges from 300,000 to 600,000 victims who died due to gassing, mass executions, as a result of pseudo-medical experiments, as well as due to starvation, disease and terrible conditions in the camps and ghettos.