In the three largest German death camps established as part of the "Einsatz Reinhardt" operation, i.e. Bełżec, Sobibór and Treblinka, the gas chambers functioned in the form of buildings which resembled bath houses. There were rooms supplied by an installation powered by a diesel/petrol engine (e.g.in Treblnka it was, most likely, an engine of a T-34 tank). 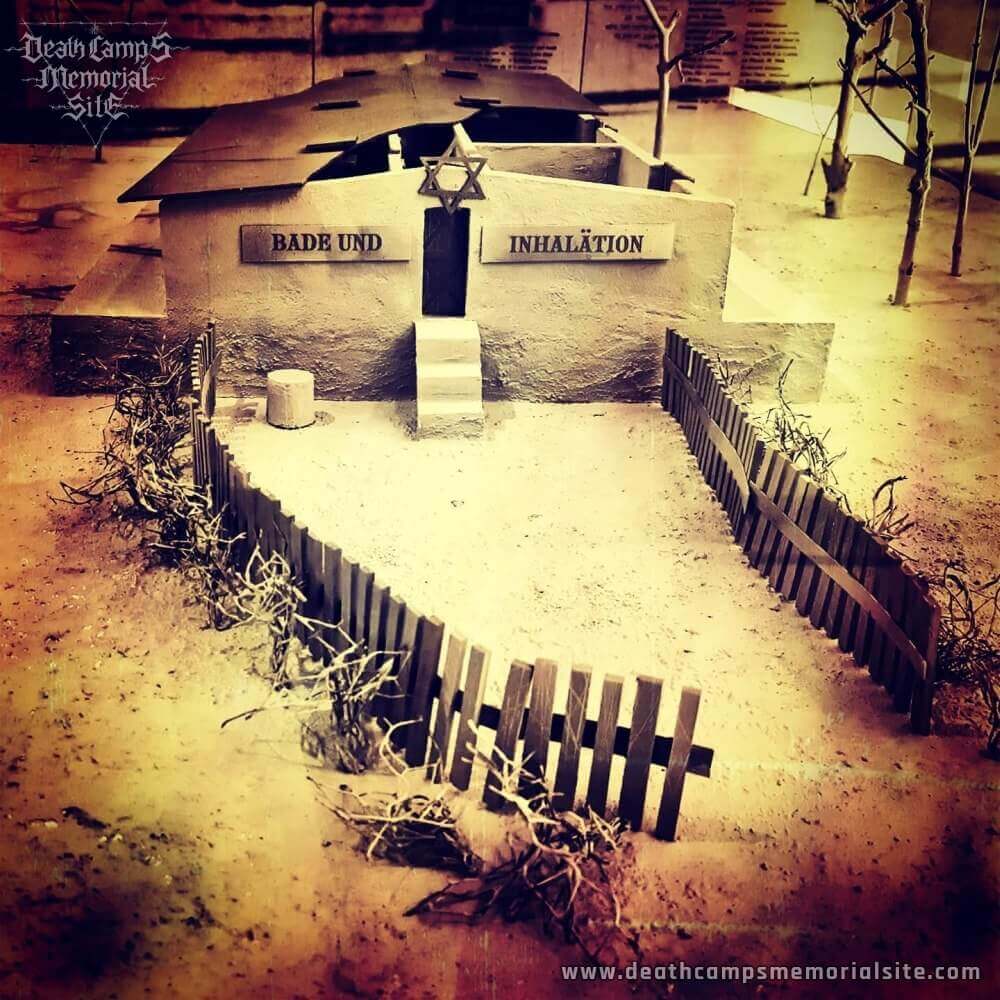