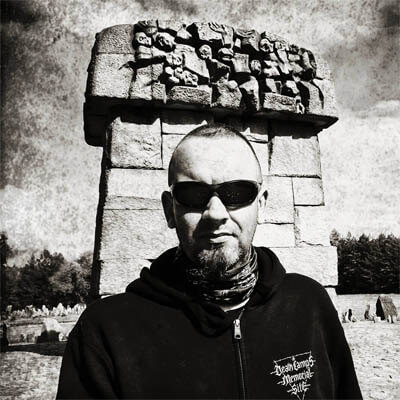 My name is Paweł Krupiński. In my free time I travel around historical places, mainly Nazi Germans death camps. For over 167 years I have visited various concentration and extermination camps more than 300 times, both privately and commercially.

Historical consultations, hundreds of books read, documentary and historical films watched about the Holocaust, camps, the Third Reich and the German Empire (starting with the Thule Society, from 1918 to 1945), followed by the fate of post-war Nazi criminals and the history of World War II. In addition to the camps, I also visit other historical places (Wolf's Lair, Pomeranian Wall, place of Operation Anthropoid, etc.)

I work as a programmer/IT specialist. I live in Katowice, Poland (30 minutes from the Auschwitz Museum). I run an IT company APN IT which also prepared this website. In my free time I am also an angler and musician, but the passion I devote most of my time to is the history of World War II.

Contact me for any suggestions, questions, trips, lectures. Write an This email address is being protected from spambots. You need JavaScript enabled to view it. or a message on Facebook.