Evacuation of the Auschwitz - Death March 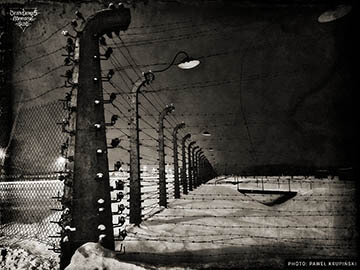 On the orders of the commandant Richard Bear, in the extreme conditions of the January frost and snow, the first evacuations of the camp began. Prisoners whom the Germans considered useful and able to move on their own set out on foot. A part of the prisoners who were not selected for evacuation were killed by the Germans.

Columns of prisoners were formed which gradually left the camp and the still functioning nearby sub-camps. Baer, the camp commandant, also gave an absolute order to kill any prisoner who delayed the march or attempted to escape. Some of the women and children were evacuated to labor camps in Berlin, Potulice and Konstantynów Łódzki, as well as to the Ravensbrück and Natzwailer concentration camps. The marches took place at different times, including at night.

The main direction of evacuation was Gliwice and Wodzisław Śląski. Next, the prisoners were to be transported to the still functioning camps in Germany. A group of 3,200 prisoners from the Neu-Dachs sub-camp was evacuated to the Blechhammer sub-camp, from where they continued on foot to the Gross-Rosen camp. In total, they had a distance of about 250 km to cover. Prisoners from the Sosnowitz sub-camp were evacuated to the Mauthausen camp. The evacuation lasted 16 days, of which the march itself lasted 12 days. During the march, the prisoners spent the night in the open air or in farm buildings, e.g. in barns. 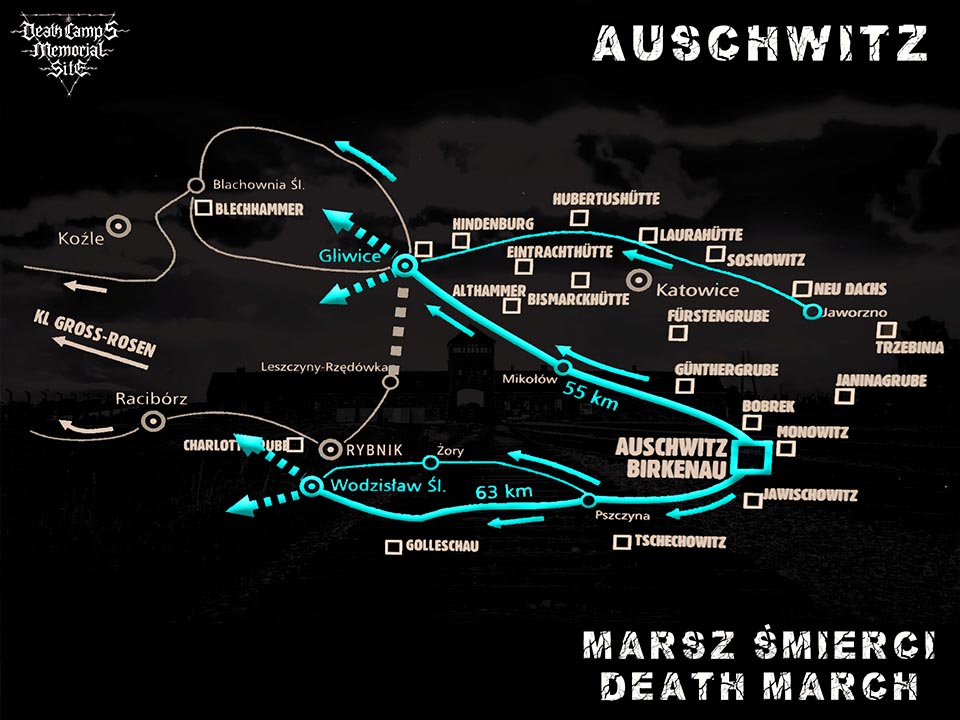 On January 21, the last columns of the evacuated prisoners reached Wodzisław. Like the prisoners who reached the Auschwitz sub-camps in Gliwice, they were loaded into freight cars. In many cases these were carriages without a roof. Then, the prisoners were transported in inhumane conditions, mainly to the camps in Buchenwald, Gross-Rosen, Sachsenhausen and Mauthausen.

In January 1945, the weather conditions were extreme, with frost and snow. Exhausted, freezing, ailing prisoners who could not continue the evacuation, were shot or beaten to death. Some of the prisoners died from exhaustion, frost and diseases. It is estimated that in Upper Silesia, 3,000 people lost their lives during the march. During the entire evacuation, between 9 and 15 thousand Auschwitz prisoners died.