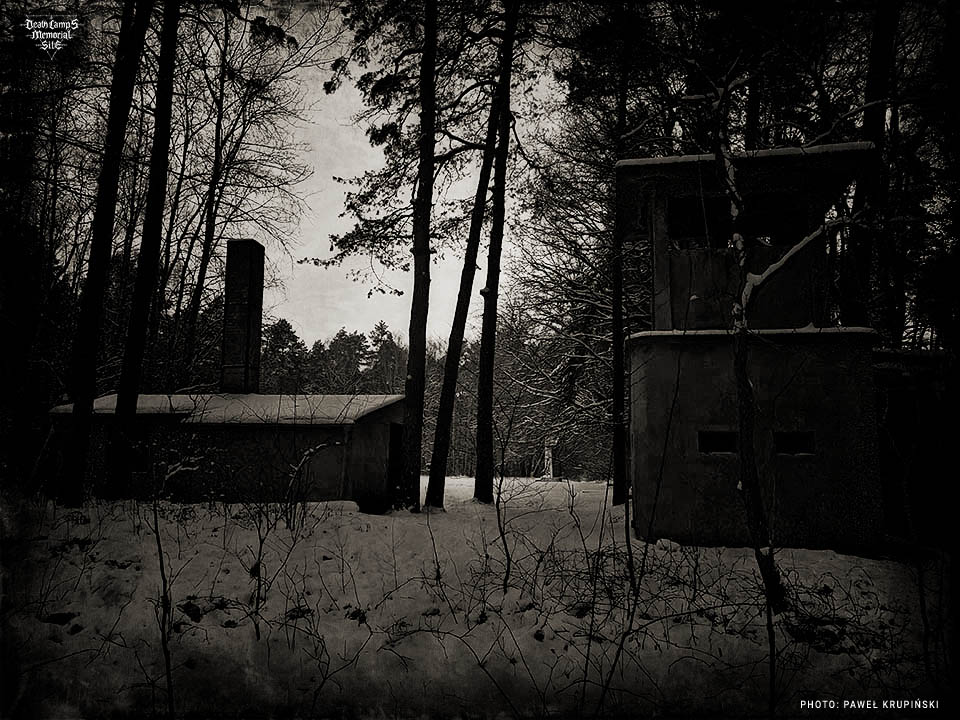 On January 19–21, 1945, the Arbeitslager Blechhammer camp became a place of concentration for columns of prisoners evacuated from the Auschwitz camp and from sub-camps from Gliwice and Jaworzno. The prisoners were evacuated towards Kędzierzyn. About 1,000 prisoners froze to death during the march, starved to death or were shot.  On January 22, the Germans entered the camp again, firing on, throwing grenades and setting fire to the camp barracks where sick prisoners who were not evacuated were held. Only some of them survived.

The prisoners worked, among others, at the construction of the synthetic gasoline factory I.G. Farbenindustrie, the construction of air raid shelters, as well as the removal of unexploded bombs from the nearby synthetic gasoline factory, which was bombed many times in 1944. The camp consisted of 25 barracks surrounded by a high concrete fence and high voltage barbed wire, as well as 9 concrete turrets which also functioned as air-raid shelters. The entire camp was divided into several sub-camps. In January 1945, the number of prisoners was approximately 4,000, including an estimated 200 women.

The camp was finally liberated by the Soviet army on January 26, 1945. About 200 prisoners were found alive.

From 1942 to 1944, the camp functioned as a forced labor camp for Jews as part of the Schmelt Organization. Prisoners of war were also imprisoned there.