Commandants of the Stutthof camp 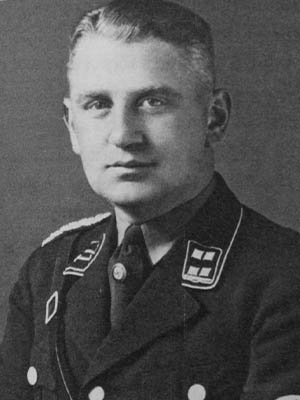 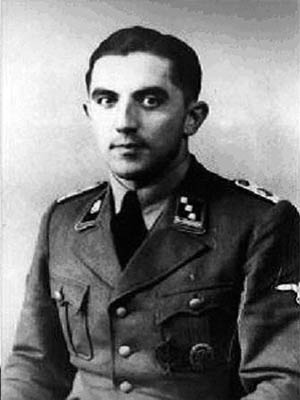 Konzentrationslager Stutthof was the first and longest-existing German Nazi concentration camp in the current territory of the Republic of Poland. It was founded on September 2, 1939, near the town of Sztutowo (Stutthof) and existed as long as the war lasted - 2077 days. Its liberation took place only on May 9, 1945.

The order to set up the camp was issued by Albert Forster, the governor of the Reichsgau Danzig-West Prussia. The decision to build the camp was made in August, and its organization was taken over by the later first commandant, Sturmbannführer SS Max Pauly. The first transport arrived at the camp on September 2 and numbered about 150 prisoners, Poles arrested on September 1, 1939. Initially, the camp was intended for the Polish intelligentsia, i.e. political activists, clergy, officials, teachers and Polish prisoners of war.

For almost six years, more than 110,000 prisoners from 28 countries were deported to Stutthof. The number of victims is estimated at 65,000, or over 50%. From the beginning, KL Stutthof was a place of extermination of the Polish population from Pomerania and other Polish territories, prisoners from occupied European countries, prisoners of the Eastern Front, as well as Jews. The reasons for the death of prisoners were most often the effects of exhausting work, cruel treatment, starvation, illnesses, poor living conditions (overcrowded, unheated barracks), death sentences issued by the Standgericht (drumhead court-martial), executions by shooting and hanging, typhus epidemics, and the fact that in the summer of 1944 a gas chamber was opened in the camp. Since then, Stutthof also became an extermination camp, where the SS killed prisoners by means of Cyclone B. A large proportion of prisoners were Poles deported for participating in underground organizations (Home Army, the “Pomeranian Griffin” secret military organization, Military Organization Lizard Union, partisan organizations), activists of the Polish Diaspora, as well as participants of the Warsaw Uprising. The prisoners were also killed with phenol injections administered by SS physicians, who also conducted pseudo-medical experiments.

In mid-1940, the first women were deported to the camp, and at the end of June 1941 Russians began to be imprisoned there. From the beginning, the camp was successively expanded by prisoners, and in December 1941 the construction of the old camp, which covered 12 hectares, was completed. In the camp, residential barracks, guardhouses, industrial buildings (kitchen, workshop, morgue, crematorium), buildings for the SS crew and a villa for the camp commander were built.

On September 1, 1941, the SS crew was incorporated into the Waffen SS and subordinated to the concentration camp inspector Richard Glücks. The highest number of the SS crew - Totenkopfsturmbann - in the second half of 1944 was about 1,100 SS men brought from other concentration camps. The commandant was the head of six departments: headquarters, political, camp, administrative and economic, medical and training.

On November 23, 1941, SS Reichsführer Heinrich Himmler paid a visit to the camp. As a result, on January 7, 1942, Stutthof was subordinated to the Concentration Camps Inspectorate in Oranienburg, in group D, to the SS Main Economic and Administrative Office.

On September 1, 1942, Paul Werner Hoppe became the new camp commandant. This was the consequence of the transfer of Max Pauly to the post of commandant of the Neuengamme concentration camp near Hamburg.

At the turn of 1942 and 1943, the so-called "new camp" was completed, in which 30 new barracks were built, including 10 intended for DAW workshops (Deutsche Ausrüstungswerke - industrial plants).

In 1944, two halls were built at the camp, in which assembly of aircraft equipment and engines for German aircraft was carried out. In the second half of 1944, 10 new barracks were built, designated as Jewish camp for women who were deported from Hungary, Lithuania, Latvia and Estonia. From July 1944, a gas chamber was launched in KL Stutthof, in at least thousand were killed. One of the first victims who were killed in the gas chamber were Polish prisoners imprisoned in Pawiak in Warsaw for underground activity, as well as activists from Pomerania and disabled Russians deported from the prisoner of war camp in Czarno.

Until 1945, KL Stutthof headed a highly developed system of sub-camps and external commandos, the number of which - depending on the adopted criteria - ranges from 40 to 110. Prisoners worked as slaves for German companies (including Deutsche Ausrüstungswerke (DAW), Focke -Wulff, Gerhard Eppe). The most important of them were located in Toruń, Elbląg, Bydgoszcz, Gdańsk, as well as in Police, where one of several camps servicing the Hydrierwerke Pölitz - Aktiengesellschaft synthetic gasoline factory was situated.

At the beginning of January 1945, in connection with the approaching Eastern Front, a decision was made to evacuate the camp. On January 25, the first part of the evacuation by land began, during which almost 11,000 people left the camp in adverse conditions, heading west, where the so-called transit camps were located.

In March, the camp was bombed several times by Soviet air force, as the Germans gathered troops, heavy equipment and military equipment on its territory. There were also prisoners gathered to work on the construction of several large earth shelters for the SS crew and the staff of the Wehrmacht unit stationed near the camp, in the forest. Prisoners and civilians in the camp barracks suffered from the bombings.

On April 25, approximately 4400 prisoners were evacuated by sea in barges, which the survivors called "death barges". On May 3, there was an air attack of British planes on German ships mooring in the Bay of Lubeck. As a result, "Cap Arcona" and "Thielbeck" were sunk. There were over 7,000 prisoners on board of these units, including those from Neuegamme camps and KL Stutthof sub-camp in Gdynia.

On May 9, soldiers of the 48th Army of the 3rd Belorussian Front entered the camp abandoned by the Germans, freeing the remaining group of about 150 prisoners. Thousands of German refugees and forced laborers of various nationalities from East Prussia were waiting for the evacuation from Mikoszewo, via Hel, to the Reich. They were found in the barracks in the new camp.

The above article aims to clarify the general outline and characteristics of the Stutthof camp. Over time, the description will be successively expanded. 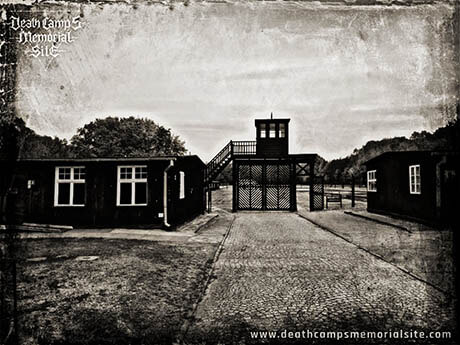