* - due to the very small number of victims who survived and testified after the war, as well as due to damaged documentation, and the activities of Sonderkommando 1005 which blurred traces of the crime, the estimated number of victims is about 200,000, including about 4,000 Roma and countless Poles, children from the Zamość region, children from Lidice, and prisoners of the Red Army. The investigation conducted after the war by judge Władysław Bednarz from the District Court in Łódź allowed to estimate the number of victims at 350,000. The lowest, 152,000 victims, was found at the Bonn trial in the 1960s. The most likely number is around 200,000 murdered.

Commandants of the Kulmhof extermination camp 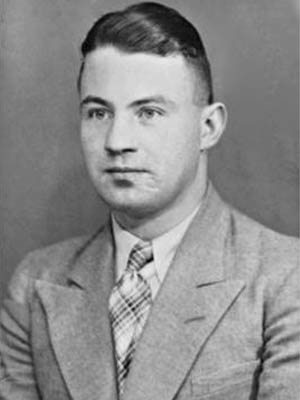 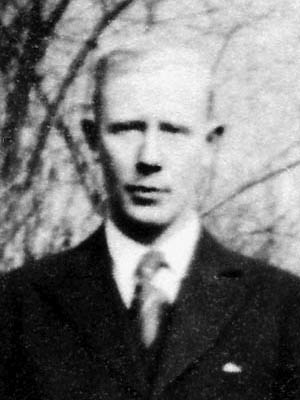 The palace complex in Kulmhof am Nehr (Chełmno on the Ner), which was very much like the Tötungsanstalt Pirna-Sonnenstein (Sonnenstein Euthanasia Center) where mass murders were carried out as part of Operation T4, was selected as the site of the first German center for the mass extermination of Jews. Chełmno nad Nerem became the main place of mass extermination of the Jewish population from the Reichsgau Wartheland and prisoners of the Litzmannstadt ghetto. It was the only extermination camp which functioned in two periods, i.e. 1941-1943 and 1944-1945.

The construction of the camp began in the fall of 1941 under the command of Herbert Lange, who, as a participant in the T4 operation, already had experience in mass murders using gas. He also became the first commandant of the camp.

The first period of operation dates from December 8, 1941 to April 11, 1943. Extermination was carried out in cars - mobile gas chambers, using exhaust fumes. After arriving in the village of Kulmhof (Chełmno na Nerem), the prisoners, under the guise of bathing and disinfecting, were directed to the undressing room in the palace basement before their further journey. The naked victims were beaten and forced to go down a narrow corridor. At the end, there was the entrance to the gas car to which the exhaust pipe outlet was connected. Thus, exhaust gases filled the chamber of the car. In an airtight interior, death occurred within 10-20 minutes.

Then, the trucks went to the Rzuchowski Forest, 4 kilometers away, where a special commando of prisoners named Waldkommando unloaded and buried the bodies in mass graves, 60 to 230m long. At the same time, the second special commando - the Hauskommando - cleaned the undressing room, sorted clothes, and collected valuable items, which were then transported deep into the Reich.

In March 1942, Herbert Lange was transferred to the RSHA to work in the Kripo, and was succeeded by Hans Bothmann. In the summer of 1942, extermination was briefly halted because of an epidemiological threat. The removal of the bodies from the graves and burning them in the field crematoria began. Paul Blobelappeared in Kulmhof with hisSonderkomando 1005. Their task was to obliterate the evidence of mass murders. In March 1943, a decision was made to liquidate the camp. On April 11, the SS men left the camp, blowing up the crematoria, and the day before, the palace used as a "changing room". The camp crew under the command of Hans Bothmann was sent to Yugoslavia.

In March 1944, Hans Bothmann returned to Chełmno with his men, preparing the camp infrastructure for mass deportations and extermination of the Jewish population from the Reichsgau Wartheland. In the period from June 23 to July 14, 1944, ten transports of Jews came from Litzmannstadt (Łódź). At that time, 7,196 inhabitants of the Litzmannstadt ghetto were murdered. Then, the extermination action was stopped. The extermination was carried out within the Rzuchowski Forest, where barracks were built and the area was adapted to receive further transports of victims.

Part of the Sonderkommando staff and a group of the last Jewish prisoners, held in a granary next to the demolished palace, remained in the village. On the night of January 17-18, 1945, during the evacuation, the SS men carried out the last execution of the 47 surviving prisoners. The prisoners were led out of the granary in fives and murdered with shots in the back of the head. Desperate prisoners, locked in a granary, rioted and managed to kill two torturers. Then, the Germans set fire to the granary with the prisoners inside. The order was given by the commandant Hans Johann Bothmann. During this action, two prisoners, i.e. Szymon Srebrnik and Mieczysław Żurawski, managed to survive.

The estimated number of victims is about 200,000, including about 4,000 Roma and countless Poles, children from the Zamość region, children from Lidice, and prisoners of the Red Army. The investigation conducted after the war by judge Władysław Bednarz from the District Court in Łódź allowed to estimate the number of victims at 350,000. The lowest, 152,000 victims, was found at the Bonn trial in the 1960s. The most likely number is around 200,000 murdered.

Fugitives and people saved from death

Little is known about the escapees from the camp. It is assumed that at least 11 prisoners escaped from the camp. However, anything more can only be said about the 7 survivors. Six people survived the war:
1. Szymon Srebrnik
2. Michał Podchlebnik
3. Abraham Rój
4. Mieczysław Żurawski
5. Jarchemiel Widawski
6. Icchak Justman
7. Jakub Grojanowski (Szlamek) - died in the German death camp in Bełżec.

Stanisław Kaszyński was a Polish local government official and social activist during the Second Polish Republic and a long-time secretary of the Chełmno commune. He was an educated man, respected and liked by the inhabitants, but he also secretly collaborated with the Polish Underground State. Units of the Union for Armed Struggle and the Home Army (from 1942) operated in this area.

In January 1942, Kaszyński took the initiative to transfer information about the crimes committed against the Jews in the German death camp Kulmhof to the West. His letter, which was to be sent to the International Red Cross in Switzerland, was, however, intercepted by the SS. As a consequence, Stanisław Kaszyński was arrested and imprisoned. After a few days, when Kaszyński was led out under escort, he made an attempt to escape during which he was shot. It was most likely on February 2 (or 3), 1942, near the palace. Kaszyński's body was buried in an unknown place in the Rzuchowski Forest, where in 1991 a monument commemorating Stanisław Kaszyński was unveiled.

Stanisław Kaszyński's wife, Karolina, who was then pregnant, was deported to a German women's camp in Łódź, and then transferred to the Gestapo prison, where she was murdered. Stanisław and Karolina Kaszyński orphaned four children who, after their mother's arrest, were looked after by Karolina's friend, Cecylia Sońta.

What happened to the torturers:

1942-01-16 ▪ Beginning of deportation of Jews from the Łódź ghetto to the Kulmhof camp.

1942-01-17 ▪ The first group of Jews from Litzmannstadt is murdered in the Kulmhof camp.

1942-09-XX ▪ Deportation of Jews from the Łódź ghetto. Around 15,700 ghetto inhabitants are transported to Kulmhof.

1943-04-11 ▪ SS-Sonderkommando Kulmhof leaves Chełmno and is directed to Yugoslavia as part of the Waffen SS Prinz Eugen unit.

1944-06-23 ▪ Kulmhof extermination camp resumes operations. Extermination was carried out within the Rzuchowski Forest, where barracks were built and the area was adapted to receive subsequent transports of victims.

1945-01-18 ▪ Evacuation of the Kulmhof extermination camp, during which SS men carried out the last execution of the Sonderkommando crew. 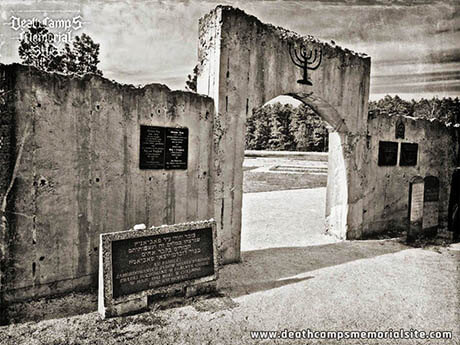 A monument was erected (1964) and a small museum was opened in the former extermination camp (June 17, 1990). The exhibition shows items related to the history of the area and copies of reports and post-war court documents.  The granary has been restored. The Rzuchowski Forest includes a monument that represents the "wall of remembrance" with the inscription: In memory of the Jews murdered in Chełmno 1941–1945, and important places were marked, such as graves, location of gas chambers and crematoria, and a Lapidarium of Jewish tombstones.